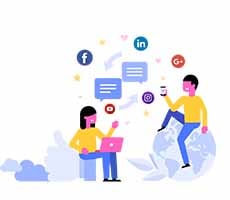 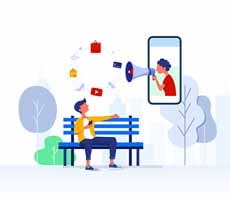 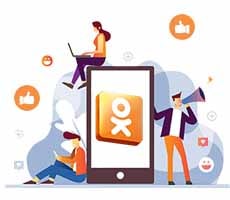 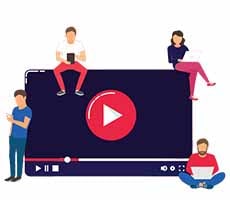 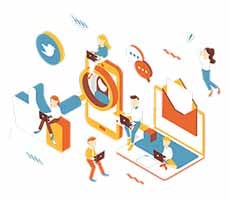 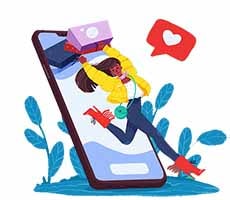 The technology known as SMO (from Social Media Optimization) aims to make the site as attractive as possible to visitors from search engines. Marketing in social media itself is very interesting - after all, it is aimed precisely at interacting with real people, and not with some algorithms for the operation of search engine servers. And Internet marketing in social networks has many key advantages - at least the fact that with its help in a very short period of time it is possible to achieve such indicators of visitor growth, which the SEO mechanism simply cannot provide quickly. And this is provided only by interestingly submitted material that people like - creative advertising in the form of a video can reach an audience of millions of people in one day. That's why social media marketing SMM is constantly gaining popularity - lately the largest companies, including banks, have turned to it. On SMM, the cost depends on the methods chosen - there are a lot of them, from writing fascinating content to maximum integration with social networks in the form of plugins, buttons, widgets, etc. Also on SMM, price promotion can include feedback from visitors, which no SEO can give - that is, live communication with commentators, creating discussions, discussions of goods or services, etc. We also support this approach for our clients.

A properly done SMM website promotion will not only provide an influx of high-quality traffic from social networks - it will also create online communities in the form of groups, which will be very easy to convey some new ideas, services, product descriptions, etc. Therefore, SMO and SMM promotion are our top priority and all-encompassing services - we recommend such services to all our customers. However, SMO website promotion does not at all exclude the possibility of parallel optimization for search engines - these are different processes that do not overlap in any way, and do not interfere with one another. It's just that the promotion on social networks SMO is based on something completely different - it is not abstract keywords that do not mean anything by themselves, but the quality of all materials, and bringing the site to a form in which it will be as attractive as possible to its audience. This is very effective advertising on the Internet - precisely because of the possibility of a dynamic dialogue with the audience.

The importance of social media in promotion

All brands, without exception, are extremely important to their reputation. It determines how attractive the services provided to the consumer are, whether the image contributes to attracting new customers. In the event that the reputation for one reason or another is at a low level, you can forget about high profitability. But what about those companies that have become victims of "black PR", or those who are just starting their activities? The most effective option is complex SMM promotion in social media.

The media that are most popular with users are on the Internet - these are social networks and microblogging services. Many people, especially young people under the age of thirty, do without a TV or radio at all, preferring to find out all the news online. This fact makes SMM promotion a very effective way of conducting a marketing campaign, allows you to work directly with the target audience.

Modern social networks are not only the place where users spend their free time chatting with friends, they also use this space as a source of information. This makes the presence of its own thematic community and its competent management mandatory for any company.

It is very important to understand which target group will be targeted by your social media marketing campaign. The more accurately the screening is made at the initial stage, the more effective the promotion will be in the end, and the less funds will be required for its implementation.

Targeting (determining the target audience) can be correctly carried out only after a long preparation - studying the characteristics of the market in which the promoted brand operates, user preferences, and analysis of conversion keywords.

Within the framework of targeting, such categories can be set according to which potential customers will be screened out, such as:
- geographic location - country, town, street, etc .;
- social status - age, gender, family presence, education, place of work, etc .;
- vital interests - passion for sports, hobbies, favorite forms of spending leisure time.

Considering that the size of the commission for SMM-promotion is determined by the number of clicks to the client's site, screening out those users who are not of interest is also necessary for financial reasons. Thus, "accidental" transitions are excluded, the promoted service is visited only by truly interested people.

Relatively recently, advertising portals have appeared on the network, which provide users with a platform for exchanging opinions, recommendations of a particular company or product, or criticizing them. Sites such as Imhonet or Usability are becoming more and more popular in the Russian-speaking segment of the Internet, so they should not be ignored.

Our agency offers the following services for working with thematic resources:
- promotion of a brand, product or service;
- creating a positive image by leaving laudatory comments and recommendations;
- tracking and combating negative brand reviews;
- popularization of the brand through participation in thematic discussions.

It is very important that we offer a comprehensive management of an SMM campaign using as many resources as possible. This is the only way to achieve rapid promotion of the company, create a positive reputation for both the old and the new brand.

Promotion, place an order and get a 15% discount
SMM promotion
Useful
Reviews
Prices, offers
Back call