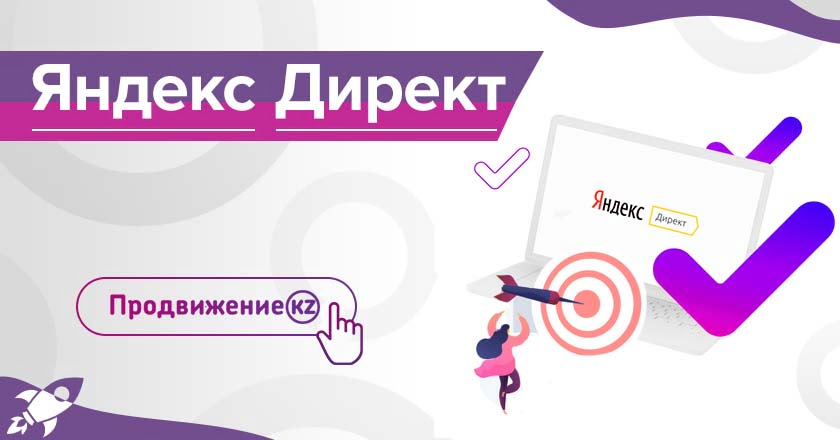 Yandex.Direct - the largest contextual advertising system in Runet, and the main source of income for the search engine of the same name. But it is not so easy to directly advertise in it - here you need a professional Yandex.Direct setup. The problems here are associated with rather complex pricing - payment is made per click, and the price depends on the frequency of clicks. With this approach, prices can be very high for a company that is just entering the market and starting its advertising campaign. But our professional management of Yandex.Direct advertising allows us to avoid any problems with this - our client simply receives a guaranteed number of clicks from contextual advertising. To maximize the effect of this, constant maintenance of Yandex.Direct is required, even with a minimal budget.

You can always order Yandex.Direct customization for your site (here the greatest difficulty is in the correct choice of requests), and order a complete contextual advertising management for a long or unlimited time. In this case effective advertising on the Internet directly depends on the duration - and the number of clicks also depends on the total number of impressions per time. Using the Yandex advertising network allows you to significantly increase sales from the site and raise the brand rating in a short time - this is guaranteed to recoup all costs if the search queries have been configured correctly.

One of the main ways of making money with all major search engines is placing advertisements (contextual advertising), and Yandex is no exception. Yandex.Direct is a system that allows advertisers to place their ads in various formats on the pages of this search engine and its partners.
Types of advertisements in Yandex.Direct:
- text format in which hyperlinks to the advertiser's website are drawn up;
- banner in the form of a static still image;
- animation video, which is most often made in gif-format;
- an interactive animated banner that invites the user to perform some action (click, solve a problem, etc.);
- a feature video, which is often supplemented with a hyperlink.

What is the reason for the effectiveness of Yandex.Direct in Kazakhstan?

The success of the Yandex.Direct contextual advertising system lies, first of all, in the popularity of the Internet search engine Yandex itself, not only in Kazakhstan, but also in the entire Russian-speaking segment of the world wide web. Since 2007, the number of daily search queries in Yandex has grown by an average of 40-50 million annually, and, despite the fact that the rates in Kazakhstan are somewhat lower, this search engine firmly holds the second place in popularity among users of the republic (in the first place is Google ).
Yandex search engine statistics:
- in total, about 23 million people use Yandex and all its applications every day around the world, which makes it the fourth most popular search engine in the world;
- on a regular basis (monthly) Yandex search engine is used by more than half of Internet users in Kazakhstan - about 1.3 million people, of which 100 percent see advertisements;
- The share of Yandex search traffic in the Kazakhstani segment of the Internet is over 20 percent;
- the share of search traffic including search.mail.ru (through the Yandex system) - 46 percent;
- advertisers from Kazakhstan are given the opportunity to place ads not only in Russian, but also in Kazakh;
- advertisers in Kazakhstan can pay for ad placement both in Russian rubles and in tenge.

Features of advertising in Yandex.Direct

Yandex.Direct is the oldest contextual advertising system in the Russian-speaking segment of the Internet, which began its work twelve years ago. It differs somewhat from its counterparts (Google AdWords, Mail.ru, etc.) in some peculiarities inherent only to it, and above all - in the pricing system.
Features of pricing for an advertising campaign in Yandex.Direct:
- the lack of a system of payment for the number of impressions as such (even in the alternative to clicks);
- the system "CTR" (click-through rate), which is the ratio of clicks and impressions, is taken as a basis; the higher the indicator, the cheaper the advertising campaign is;
- the "CTR" system allows you to see firsthand how effective an advertising campaign is, which contributes to the quality work of marketing agencies.

Advantages of advertising in the Yandex.Direct system

As is typical of all contextual advertising systems without exception, Yandex.Direct allows the advertiser to decide for himself what target audience the campaign will be directed to. This is guaranteed to save you from overpayments - "extra" users will not be able to click on the hyperlink, because they simply will not see it.
Yandex.Direct functionality:
- the service provides statistics on search queries, with the help of which you can accurately select the most effective keyword options;
- it is possible to manage your ads using pages that display the search result;
- when filling out an advertisement, the advertiser can set various settings, with the help of which the target audience will be determined - the state or town, gender, age qualification, field of activity of a potential client is indicated;
- fully automated process - you just need to place an ad and publish it, then it will be broadcast automatically.